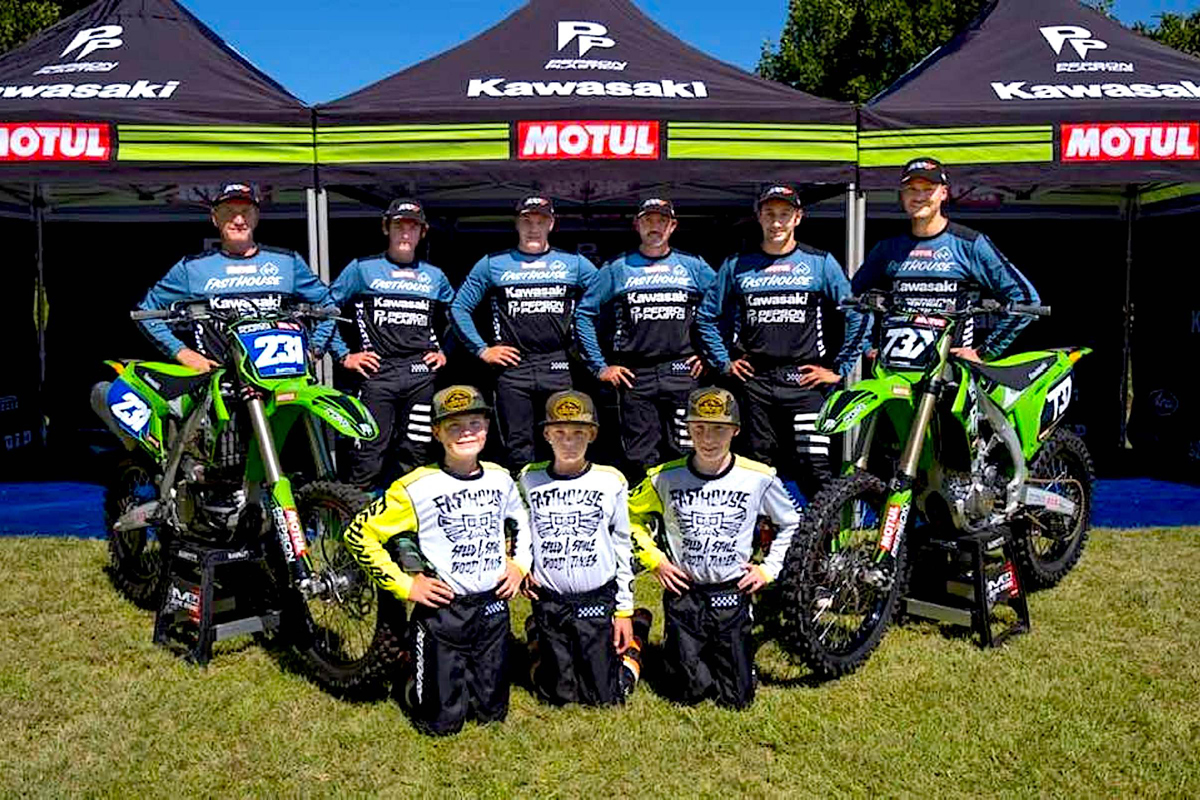 “We are proud to confirm that Kawasaki Motorcycles South Africa is returning to the National Cross Country Motorcycle Championship from 2021 with Pepson Plastics Kawasaki Motul Racing,” team principal Iain Pepper confirmed. “We would like to extend a huge word of thanks to Chris and Kibble from KMSA for putting their faith in us to bring the Kawasaki brand back to the startline following a long sabbatical from the sport. 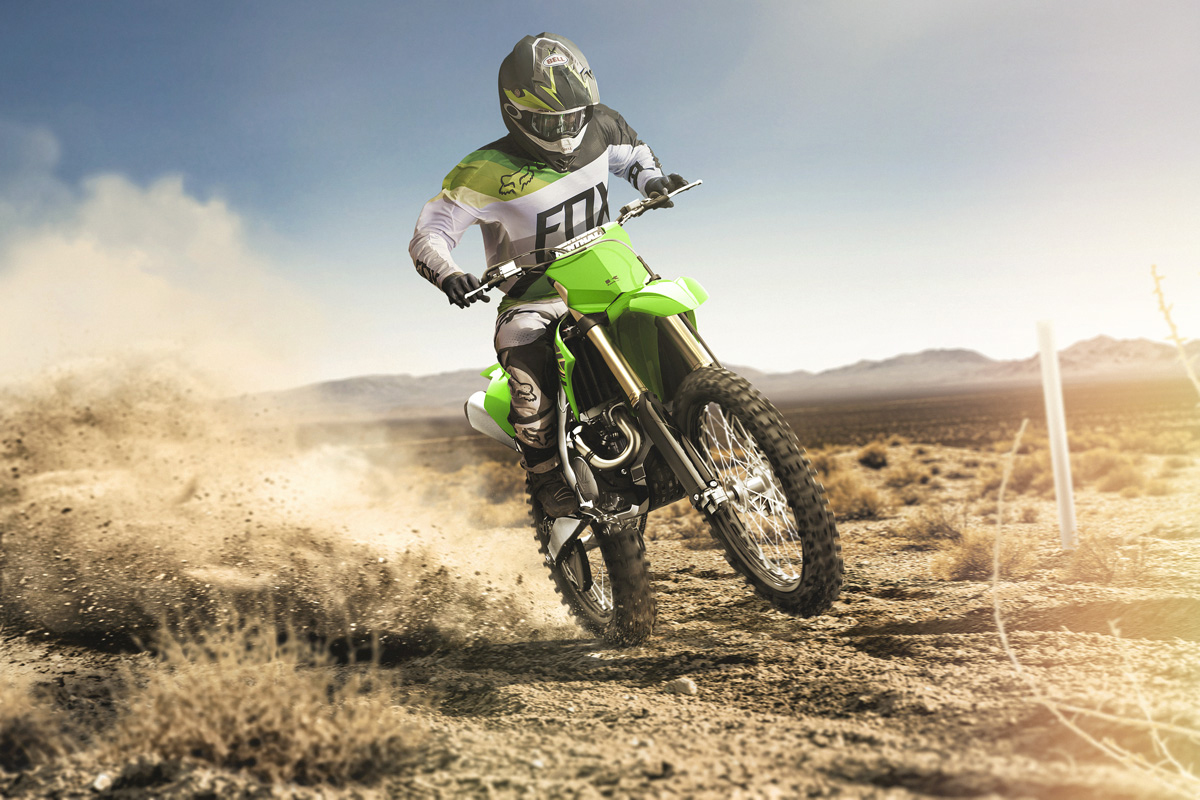 “We are also pleased to have Motul on board as a major sponsor, along with great support from Bikewise with Pirelli, Arai helmets, Renthal, Acerbis, DID chains and SBS brakes. “Our riders will be protected by the best kit from Fasthouse SA and the Margie Smith training facility will keep the team fit, sharp and strong.

“Pepson Plastics Kawasaki Motul Racing will compete across the various SA National Cross Country classes with promising pair Dartagnan Lobjoit and Craig Alcock racing in the open class OR1 on the all-new KX450XC. The experienced Taki Bogiages and Kyle MacKenzie will be the men in green in competitive OR3 aboard two KX250XCs, while Lee Thompson is our man in the Senior class. I will represent the team in Masters. 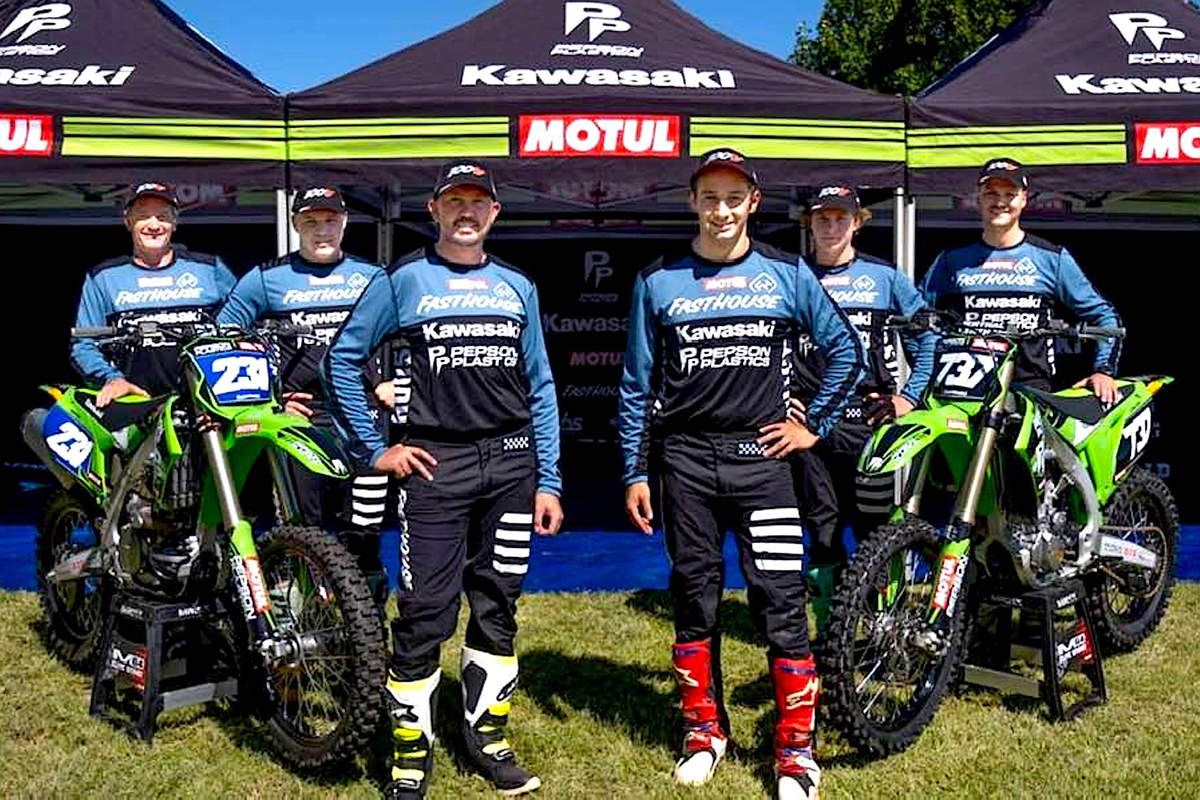 “We also have a competitive Junior line-up with Jake Pretorius and Clayton Human in 85cc and Dylan Human in the 65cc class.” 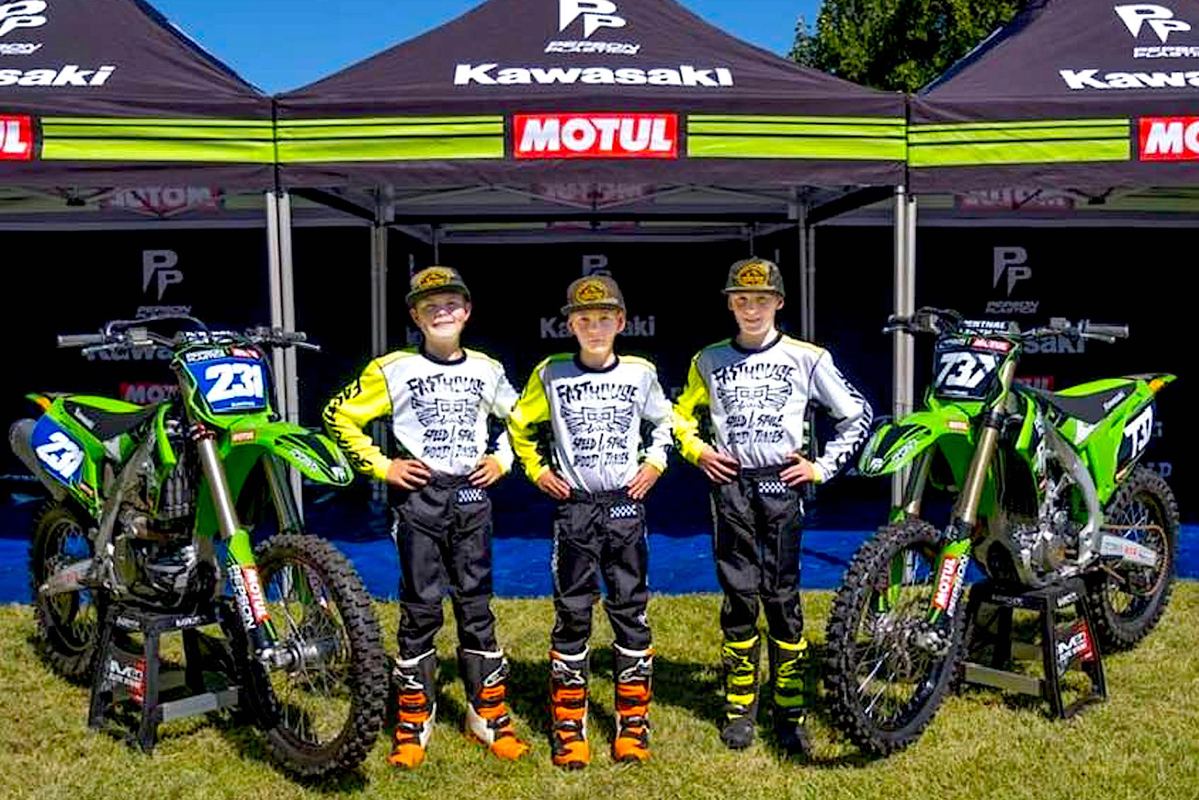 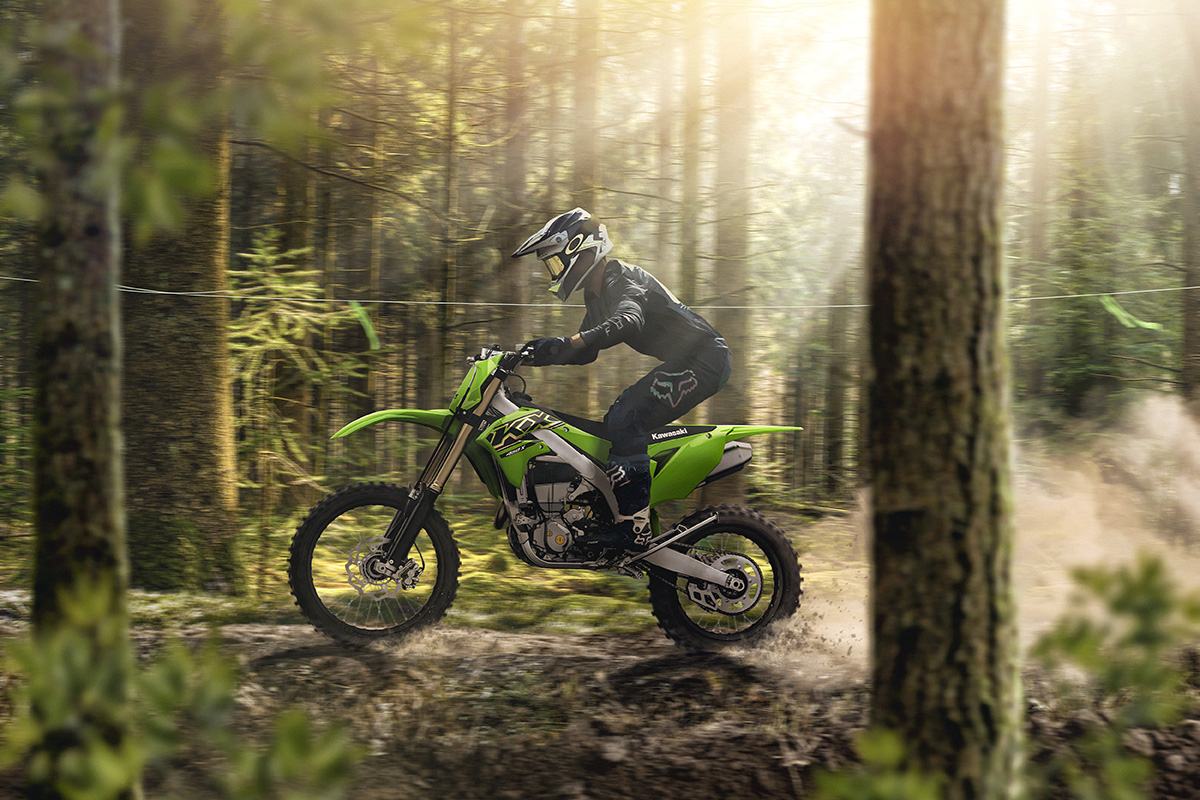 Five-speed XC models get cross-country gearing for their close-ratio gearbox, a light and direct feel hydraulic clutch and traction control. XC-tuned Showa suspension on the 450 and KYB forks on the 250 is cross country ready, as are larger diameter brakes and optimised wheels with an 18″ rear and cross country tyres. The XCs carry over the narrow KX frame with adjustable handlebar and foot peg positions, minimalistic bodywork and add a side stand and skid plates. 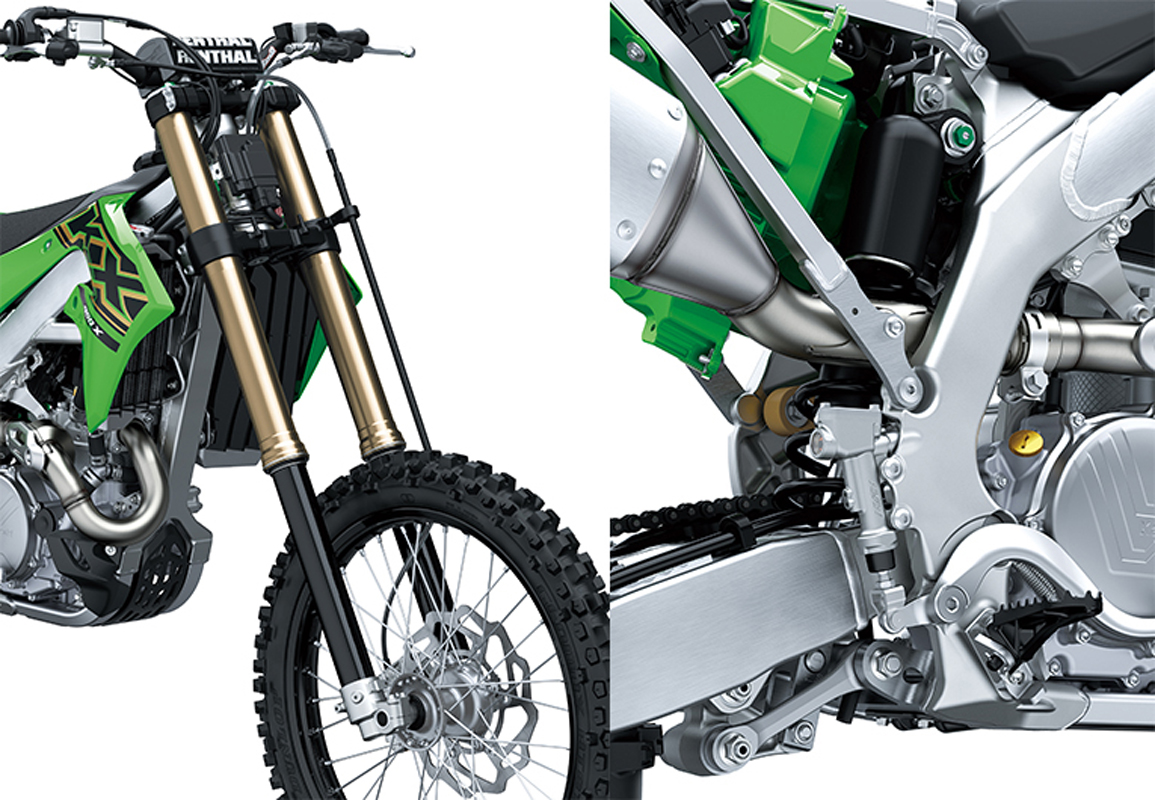 Kawasaki has a rich history of Cross Country Racing success in South Africa with legends the likes of Alfie Cox, Neil Woolridge, Chris Brand and others riding the green machines to great effect over the years. “Now Kawasaki is back and the Pepson Plastics Motul Racing team is ready to paint the South African National Cross Country Championship green,” Pepper concluded. “Let’s go racing!”