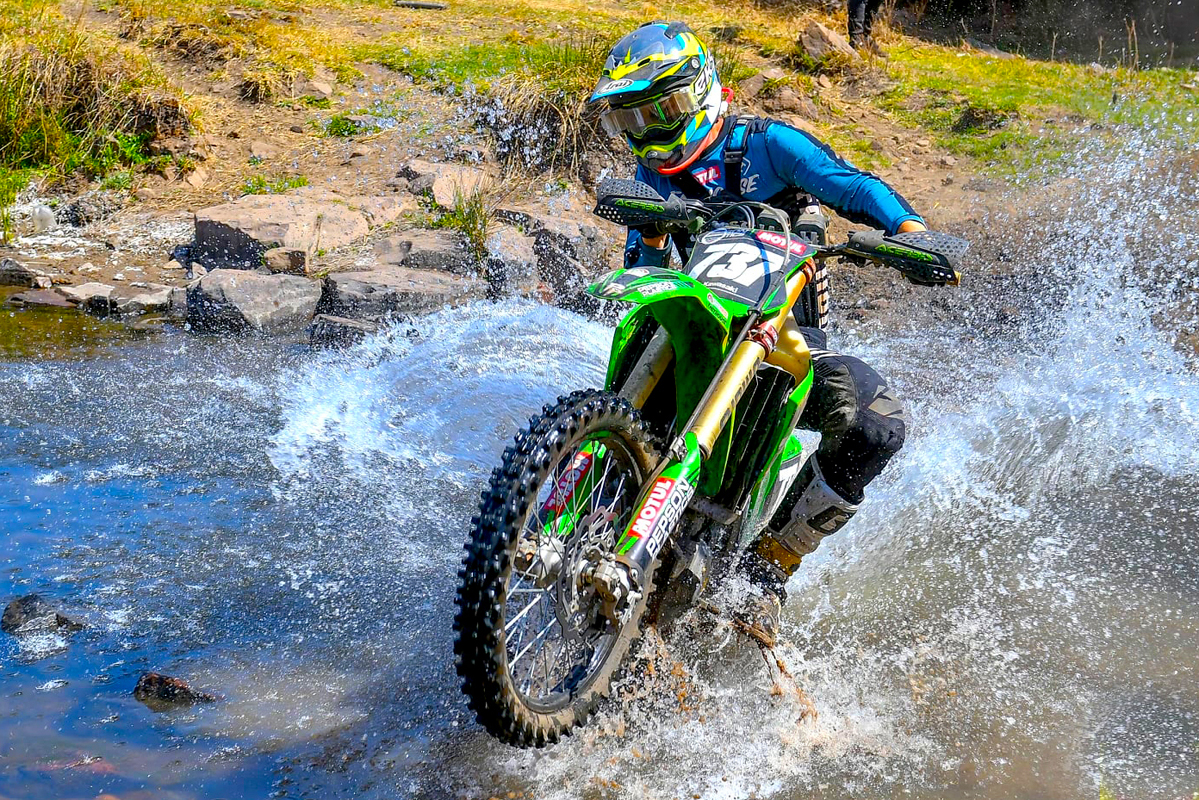 “Kawasaki only returned to the South African National Cross Country Championship this season and we have already won twice,” Pepson Plastics Kawasaki Motul Racing team principal Iain Pepper explained. “Overall winner last time out Mike Pentecost repeated his OR1 victory at a dusty Delmas on Saturday and D’Artagnan Lobjoit made it a 1-2 on his Pepson Plastics Motul KX450X. 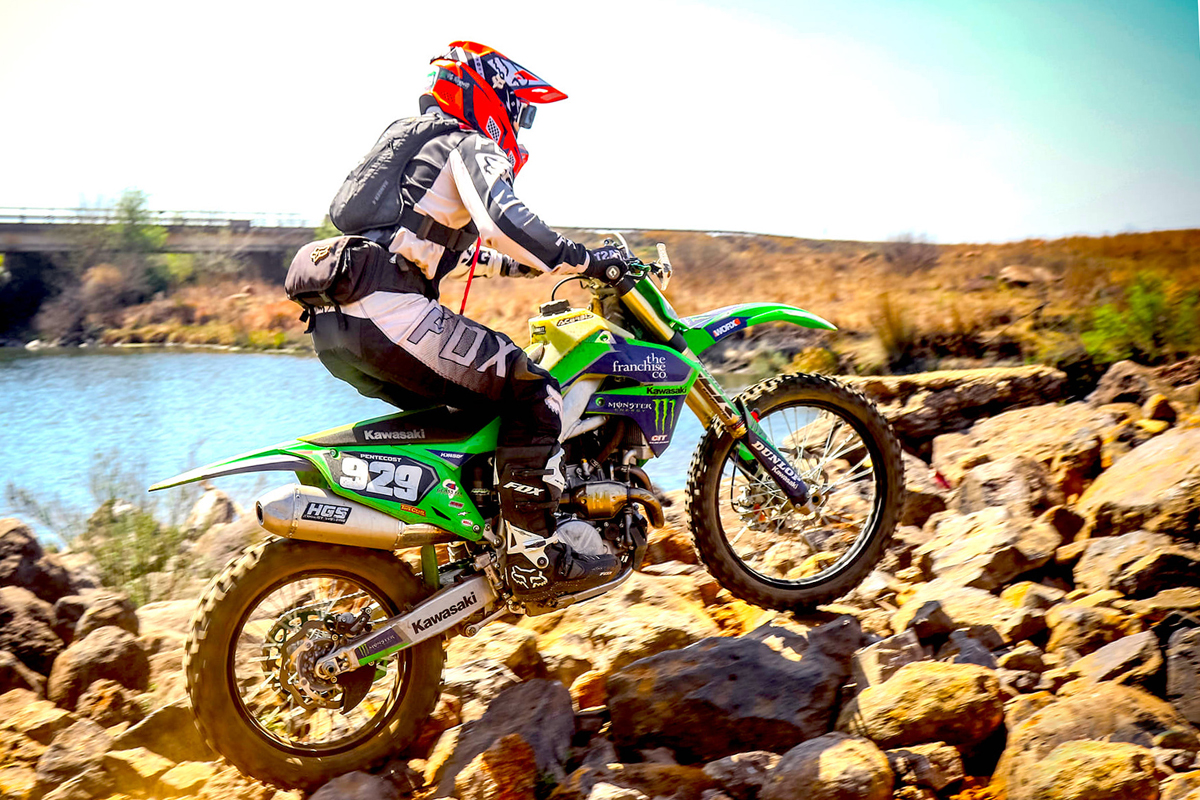 “We had a great day all round — Deon du Toit, Kyle McKenzie and Lee Thompson all starred in their classes and Craig Alcock had a good run too. “Michael now shares the OR1 championship lead with Dart a close third, Deon is second in Masters and Kyle jumps up from ninth to fourth in OR3. “Our Pepson Plastics Kawasaki Motul Juniors – Clayton and Dylan Human, Jake Pretorius enjoyed another learning weekend “With one race left at Virginia Hills, we are fighting for championship wins in our first season back. “Bring it on!”

“We had a fantastic day at Delmas,” D’Artagnan Lobjoit admitted. “Second in OR2 and a Kawasaki 1-2 at that, keeps me third in that championship chase and fourth overall. “And it’s looking even better in the Gauteng Cross Country Championship. “It was so dusty and tough with some tricky rocky sections too, but my Pepson Plastics Kawasaki Motul KX450X ran like a train all the way. “Thanks to my incredible team for all the support — this is proving to be a special season!” 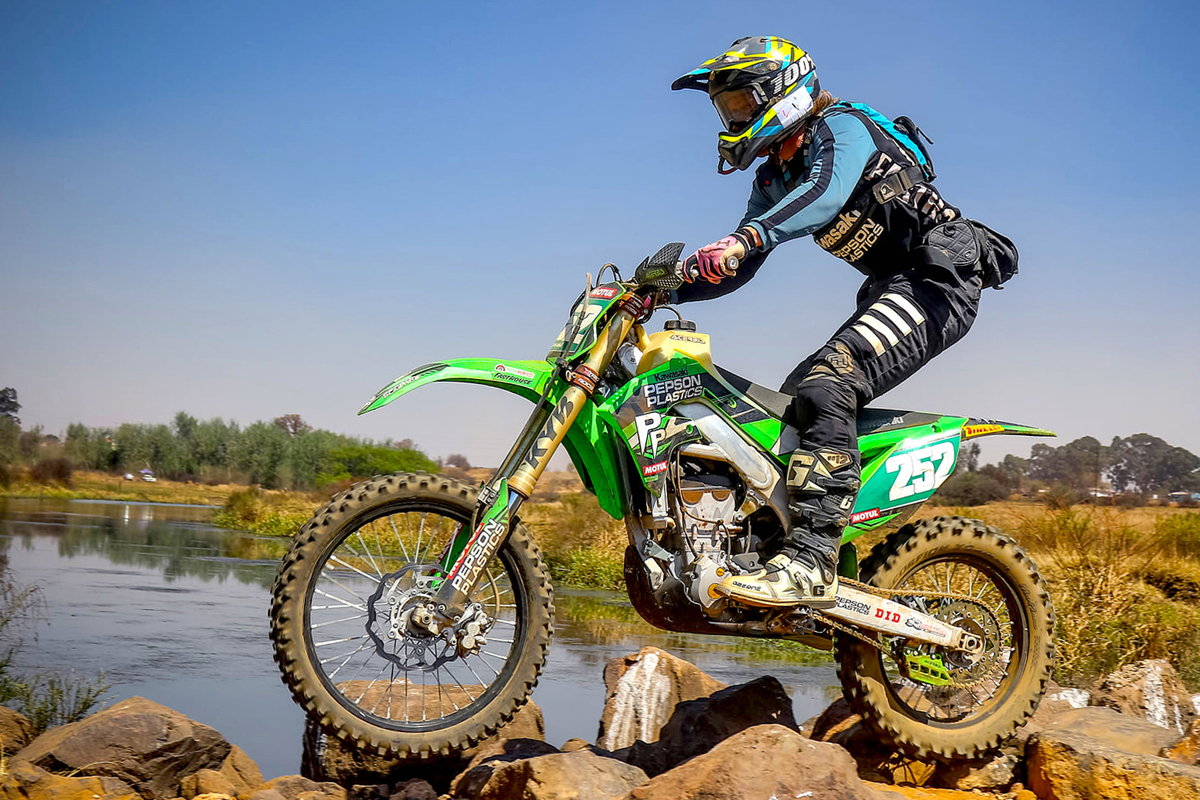 “What a fun but dusty day at the fourth round of the National Cross Country series in Delmas,” Kyle McKenzie explained. “I never made the start I was looking for, but my Pepson Plastics Kawasaki Motul KX250X felt amazing and I was super happy with my set-up. “That helped me to make up some positions to end up third in the national OR3 class and second on the Gauteng GXCC regional results. “Massive thanks to everyone who helped in the pits and before the race!”

“That’s more like it!” Masters rider Lee Thompson smiled. “I’ve had a few tough breaks so far this season and I needed a bit of luck, so I’m happy to bring it home fourth in Delmas. “It was dry and dusty out there, which always makes it more difficult, but my Pepson Plastics Kawasaki Motul KX250X ran a treat and I scored my best national result of the season so far. “Thanks to my team — it is a special privilege to be part of it.” 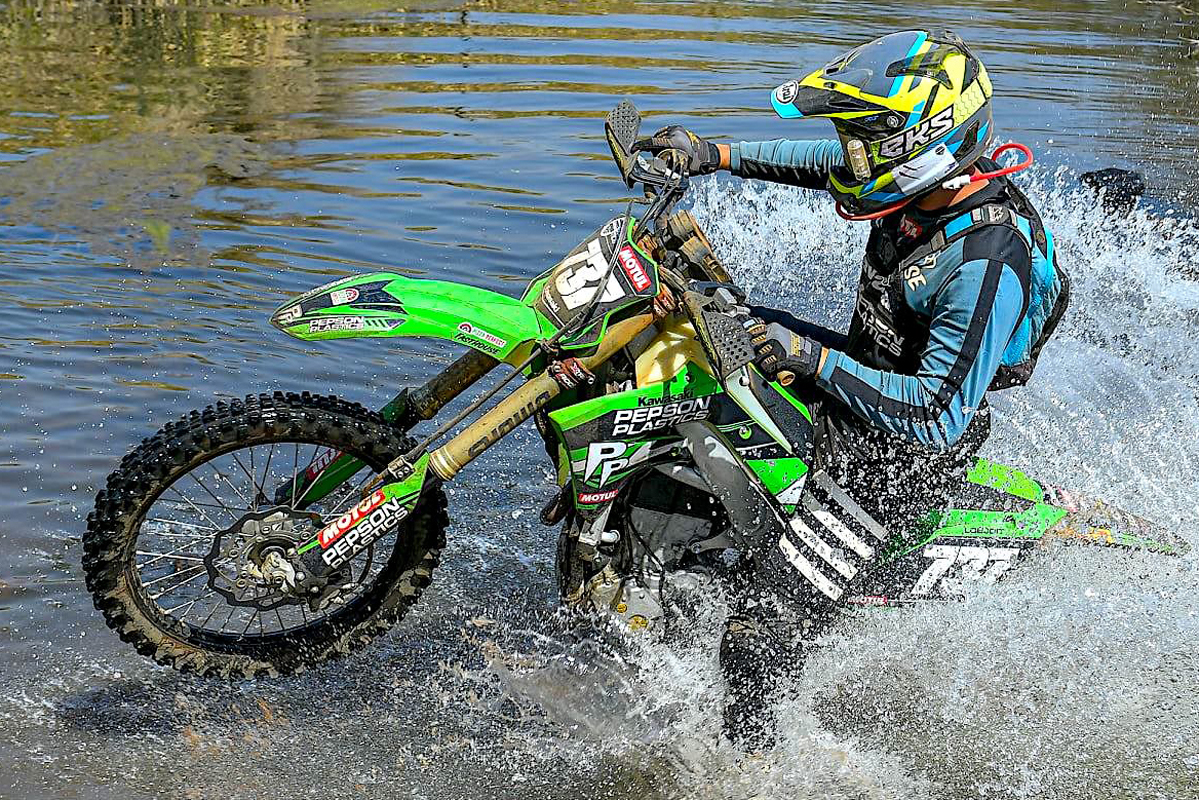