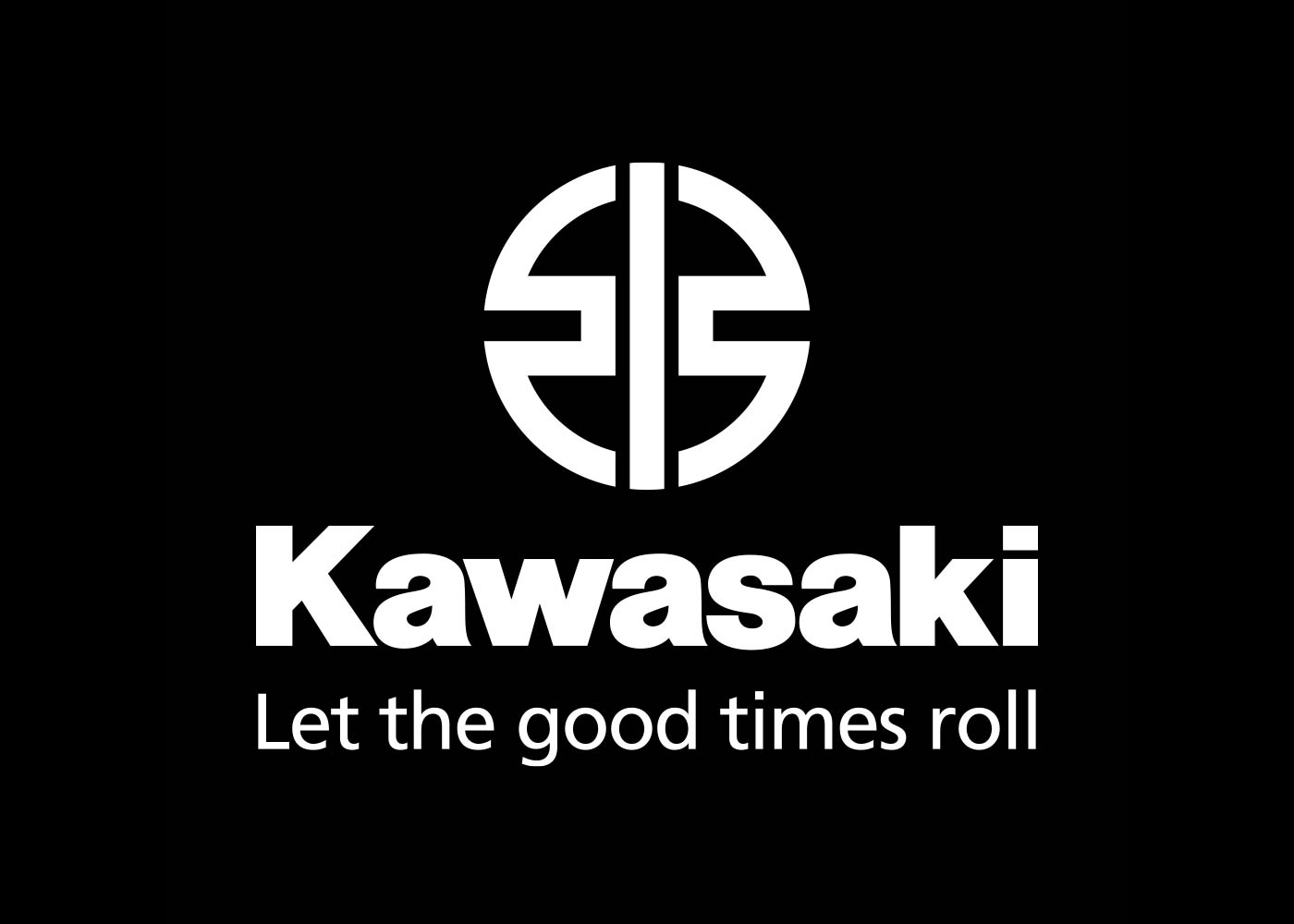 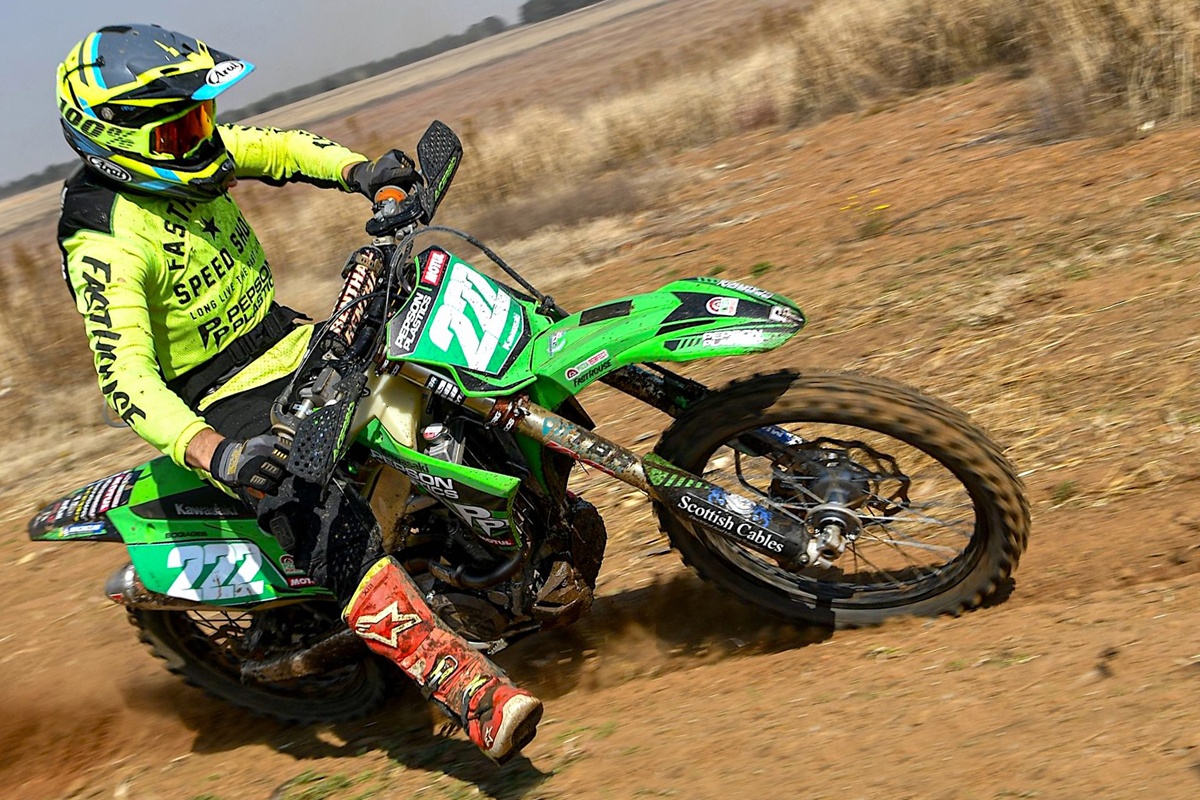 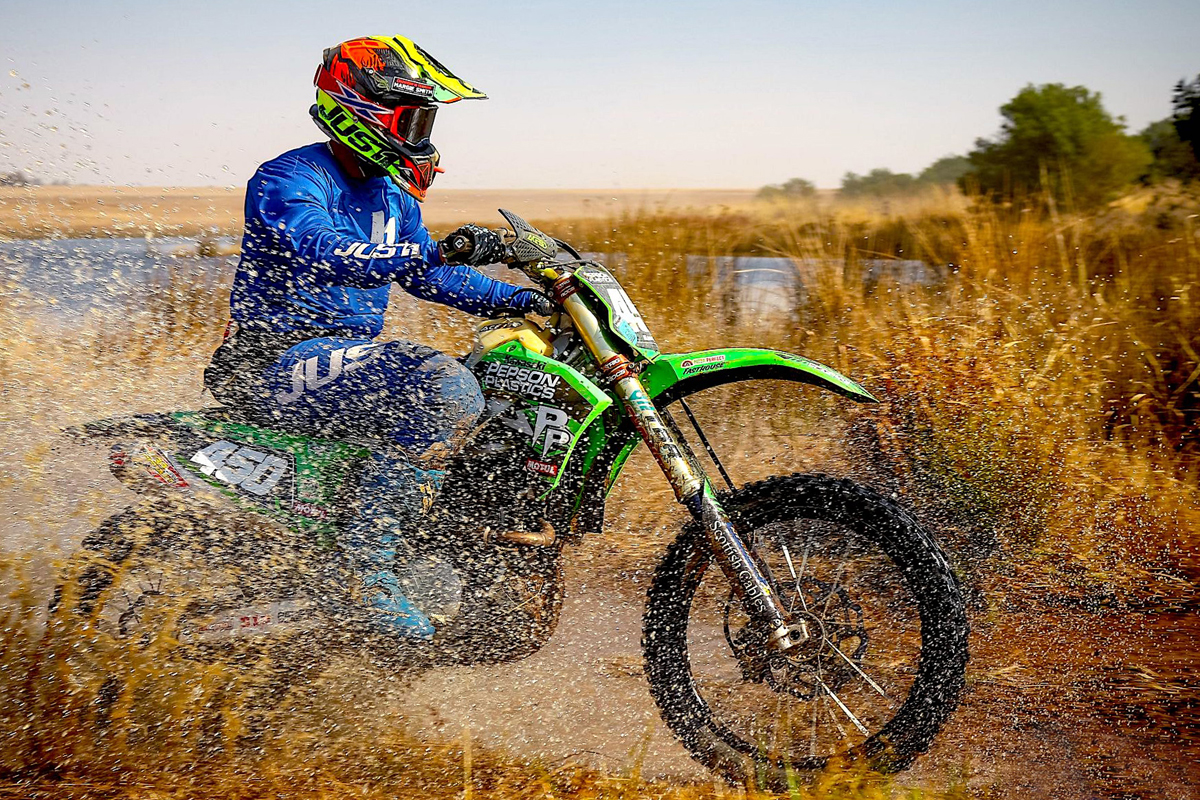 “Yesterday was more than sweet redemption,” a delighted Taki Bogiages admitted on taking Kawasaki’s first-ever Trademore SA Cross Country Motorcycle OR3 win aboard his Pepson Plastics Scottish Cables Motul KX 250 X. “ I cannot explain the feeling of winning OR3 after breaking my back at the same venue in 2018. “The track was super demanding and really tough from lap 2 onwards, but everything clicked, I felt great, my bike felt great and my team just made racing so easy! “Iain Pepper and the Pepson Plastics Scottish Cables Motul Kawasaki team have done countless hours of work and I can’t thank everyone enough. “It’s an incredible feeling to add Kawasaki as a winner in the OR3 class for the first time. “That’s also four nationals done in 2022, and a new class winner at each round. “Its been crazy racing this year and the competition is insane!”

“Awesome Zorgfliet was the most demanding race so far this year,” undefeated Seniors leader Kenny Gilbert explained. “I had a ball on my incredible Kawasaki KX450X, but it really was rough out there. “I charged hard most of the way before both my hands blistered, so I had to nurse my way home. “Well done to SA Cross Country and a huge word of thanks to my Pepson Plastics Scottish Cables Motul team — especially Iain Pepper for your passion for this awesome sport.” “That was a super tough race!” Mike Pentecost admited. “My Franchise Co.Tork Craft Kawasaki KX 450 X was magic, but the time trial was way dusty and both Bradley Cox and I lost time and started far back, so the day was a struggle. “Passing in thick dust is so tricky, so I’m happy to be home safe in second with more points in the bag. “Thanks to my team, my family, friends and fans, and don’t worry, Magic Mike is still here and my fire is burning even hotter!”

Pentecost and Gilbert now hold strong respective Trademore South African Cross Country Motorcycle OR1 and Seniors championship leads. Bogiages and van Schalkwyk both meanwhile sit in stronger and very close third places in both the OR3 and Masters title chases, heading to the penultimate round at Porterville in the Western Cape on 27 August 2022. 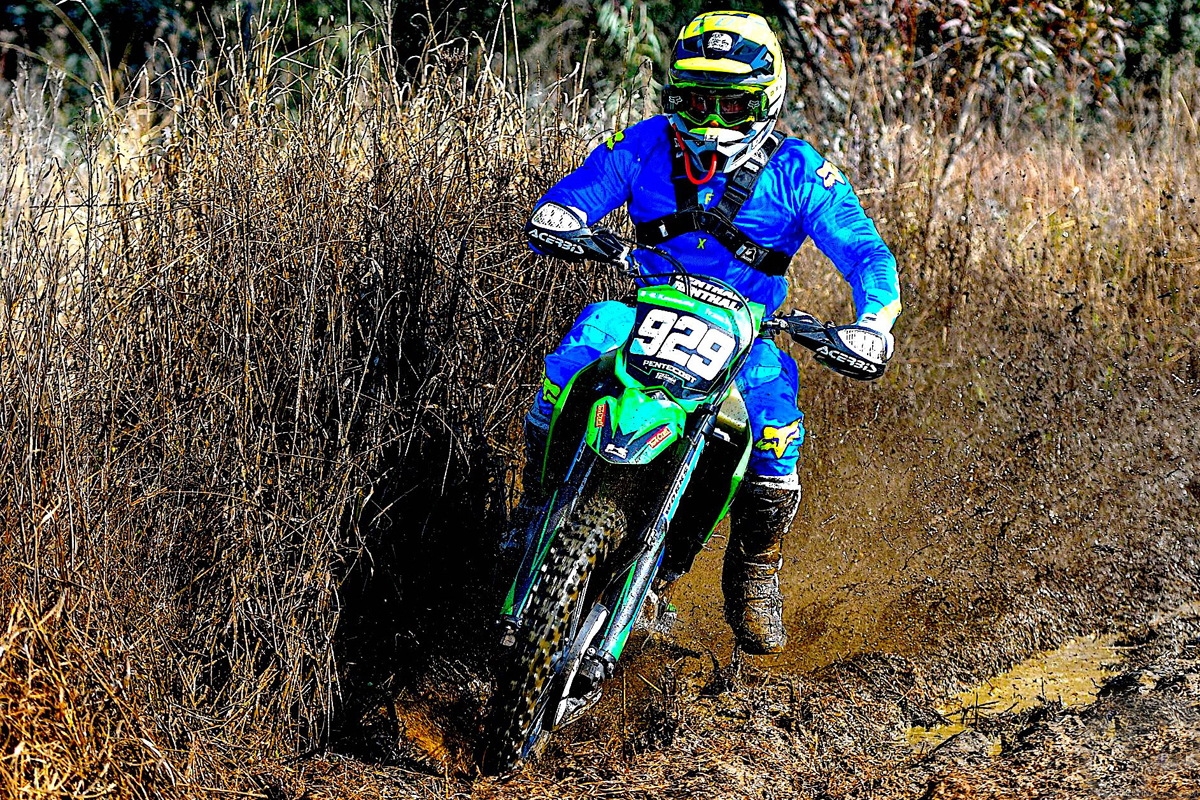 “Zorgfliet was an excellent weekend for Team Green,” Franchise Co. Tork Craft Kawasaki team boss admitted. Pepson Plastics Scottish Cables Motul Kawasaki colleague Iain Pepper concluded, “It could not be better, with three wins in Bronkhorstspruit and our riders leading two class championships and two others in contention for the two more of four titles we are chasing. “Awesome work, team!”